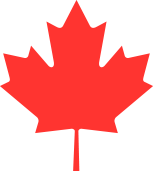 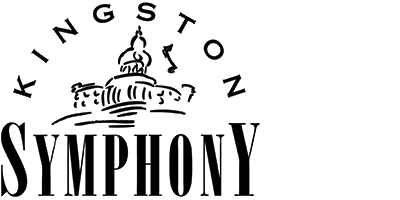 Celebrating its 63rd season in 2016/17, the Kingston Symphony exists to produce and promote professional quality programs for the education, enjoyment, and enrichment of audiences in the Greater Kingston area through shared experiences of the highest quality of live orchestral performance. The Kingston Symphony is dedicated to the support, development, and showcasing of Canadian artists and composers. Evan Mitchell has served as Music Director of the Kingston Symphony Association since 2014.

Known across Canada and the US for intensely dramatic chamber and vocal music, Cecilia Livingston is a Composition Fellow at American Opera Projects in New York and a Visiting Academic at King’s College London, 2016–2017. A winner in the 2014 SOCAN Foundation Awards for Young Composers, and a 2014 Composition Fellow at Bang On a Can’s Summer Music Festival, her music has been heard at the 21C Music Festival, World Choral Games (Latvia), Eastman’s Women in Music Festival, Vancouver International Song Institute, Hamilton Philharmonic’s “What Next” Festival, Scotia Festival of Music, Tapestry Opera, Canadian Contemporary Music Workshop, on tour with The Bicycle Opera Project, with the Kingston Symphony and Toronto’s Thin Edge New Music Collective, and at Soundstreams’s 2016 Emerging Composer Workshop where she worked with mentor-composer Steve Reich. Her articles and reviews have appeared in Tempo, Cambridge Opera Journal, Canadian Music Educator, Notations, Musicworks, Musical Toronto, and at the International Conference on Music Since 1900.

Cecilia Livingston is an associate composer of the Canadian Music Centre, a National Councilor of the Canadian League of Composers, and holds a doctorate in composition from the University of Toronto, where her work was supervised by Christos Hatzis.

Listen to her work at: soundcloud.com/cecilia_livingston

"Leap of the Heart"

Two orchestras in two cities I love: I thank both the Toronto Symphony Orchestra and the Kingston Symphony for the opportunity to be a part of this beautiful musical mosaic.

The title of this Sesquie comes from the opening line of one of William Wordsworth’s poems, from his collection Poems, in Two Volumes, published in 1807: “My heart leaps up when I behold…” Wordsworth wrote this short poem—Sesquie-like in its brevity and probably best known for the line “The Child is the father of the Man”—in a single night, in March 1802.

Like Toronto, Kingston curves around Lake Ontario, and in my mind I always see the city on a sunny day: the lake dancing in front of the white limestone buildings, the breeze blowing off the water to cool the hot sun or stir the snow that squeaks cleanly underfoot.

That first line of Wordsworth’s poem seemed about right.